On April 1, 2019, the U.S. Census Bureau’s press briefing marked one year out from the official reference day for the census.

“The Constitution requires that each decade, we take a census of the population to determine the number of seats each state will be allocated in the U.S. House of Representatives,” said Census Bureau Director Dr. Steven Dillingham. “To meet that requirement, we go to extraordinary lengths to ensure we count everyone once, only once, and in the right place. We know that the 2020 Census is important to every community. Census data guide how federal, state and local funding for critical services such as schools, fire departments and health care facilities is distributed.”

“Data literally shape the future of your community. That’s why it’s so important that everyone understands that responding to the 2020 Census is safe, easy and important,” Dillingham continued.

According to the Census Bureau, in 2020, all households will have the option to respond to the census online, over the phone and by mail. They have tested systems to handle this technique.

The first enumeration of the 2020 Census officially begins January 21, 2020, in Toksook Bay, Alaska. In March 2020, the Census Bureau will mail invitations to respond to nearly every household in the country and activate the online response form. Responses to the 2020 Census are confidential and protected by law and can only be used to produce statistics.

Why it is critical to get the 2020 Census right:

Census data is the basis for fair political representation and this data is used to draw district lines reflective of the population. 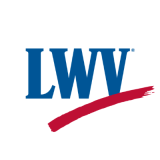